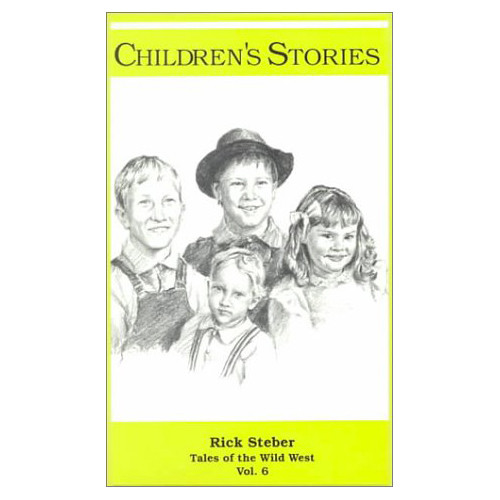 The first white children to come west were sons and daughters of the pioneers. They trudged barefooted beside the wagons, across the dusty plains, through the heat and the prickly pear cactus and over the mountains of sharp volcarlic rocks. Some never made it and piles of stones and improvised crosses marked their graves. Those who survived found a wonderful playground out west. A playground of bright-colored rocks, slow-moving streams, wide-open spaces and deep, dark forests. Mothers watched over their young because if a child wandered away, he or she might be carried off by a wild animal or stolen by lndians. Children of the frontier were seasoned to a hard life. They had to be strong and resilient and were forced to grow up quickly. By the time a boy was eight or nine he knew how to handle a rifle and hunted wild game for meat. He helped his father clear land, split rails, build fence and farm with a team of horses. Girls worked beside their mothers, picking wild berries, making lye soap, rendering hogs, washing on a scrub board, cooking over a woodstove.... The list of time- consuming chores went on and on. By the time a girl was fourteen or fifteen she was ready to marry and start a family of her own and the circle of life continued.