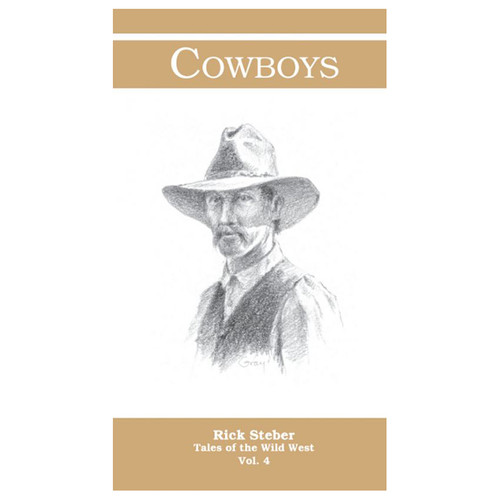 "The men who ride the open range of the far West are known under a variety of names: vaquero, range rider, mustanger and buckaroo, but the name most commonly known is cowboy. The nature of a cowboy's work demands independence and toughness. He is a man of action; yet the long, lonely hours spent in the saddle provide ample time to develop a unique outlook on life. Simply put, a cowboy's tenet is, 'What cannot be cured is endured.' And endured with cheerfulness and good humor. It is far better to joke about the droughts, windstorms, blizzards, outlaw mustangs and loco cattle than to complain.

The cowboy would never have existed without his horse. Like the cowboy, the horse is referred to by an assortment of names: mustang, bronco, cayuse and, sometimes, jughead, broomtail, nag, hay burner, plug and other even less complimentary epithets. The ancestors of the western horse date back to the animals brought to America by Cortez and the conquistadores. As the Spanish mounts escaped, were lost or stolen, the horse began its phenomenal spread across western North America.

The high desert was first settled by daring stockmen who drove in foundation herds, numbering in the thousands. The cattle thrived on the native grasses and when the steers were ready for market, cowboys on horseback drove them to railroad towns in the Midwest. With the invention of barbed wire in 1874 and an influx of homesteaders who claimed waterholes and divided up the range, the heyday of the big outfits and their cowboys passed into history. But as long as there is open sky, rimrock, bunch grass, sagebrush and juniper, cowboys will still ride the range.