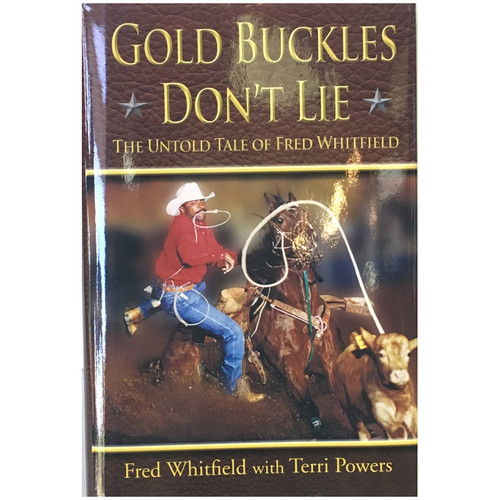 Fred Whitfield is one of the greatest cowboys to ever compete in professional rodeo, but will go down in history as “the black one.” When Fred joined the Professional Rodeo Cowboys Association (PRCA) in 1989, African Americans comprised a whopping 1% of its 10,000 members and one black man won one gold buckle before Fred won eight of them.

Rodeo is a harsh mistress who will take you to the top of the mountain only to drop you off on your head, and she is historically lily white and rich. Fred Whitfield was neither white nor rich, but he stayed on top of her for a very long time. This made most of the people love him, but it made some hate him more than they already did and this bunch already hated him…a lot.

The walls went up early and through twenty years of interviews, he never told the full story until now – and what a story it is.

By Fred Whitfield with Terri Powers